The winners of those awards will be announced on September 13 at Sails Port Macquarie by Rydges. Kayla progressed to the regional awards when she claimed the top gong in the outstanding young employee category at the Port Macquarie awards night.
The 27-year-old has worked at Touchwood Flowers for eight years and this is just the second time she has nominated for any award.

“It is pretty big to actually be a finalist at this level,” Kayla said. “It means a lot. While you enter and hope to get somewhere, to be one of four people to progress through to regional judging is just an incredible feeling. I was really speechless (when she was announced the winner at the Port Macquarie awards) and it was an overwhelming experience,” she said. “As a young person, it is sometimes hard to say why you are good at something.”

But the reasons behind her success are better understood when she starts talking about the business. “I love this place like it is my own and I strive to care for the business, our customers and my fellow staff members. Because I am so protective of this business, Ashley (Sargeson, the owner) has enough trust in me that it makes coming to work a really positive experience,” she said.

“I really want to to see this business strive forward and have never really given a thought to a personal achievement.” Kayla described the awards as “fabulous” and says it is a great opportunity for small business to broadcast their name, interact with fellow business operators and to showcase their staff and skill set.

“From a personal level, it is amazing to be going to the regional awards which I believe is like another win,” she said. “What I do here is done because I know it has to be done. I just do what I should do. You don’t really think about yourself and I do understand how difficult it is to sometimes write down why you should win something.”

Kayla also says that more younger people should nominate for the awards.

“I would encourage more businesses to put forward their young employees for awards,” she said. “It is a great boost and I come to work every day in a really positive frame of mind because I know people think I am good at my job. If more people were recognised I think it would be good for their self esteem.”

Ms Sargeson said Kayla was a wonderful employee. “She goes above and beyond and is such a credit to the business,” she said. “We are really proud of her. It is really hard to describe how good Kayla is.”

“These awards are a wonderful opportunity to showcase the strength of Mid-North Coast businesses,” he said. “It’s been a tough year for many businesses due to the ongoing drought, so it will be great to celebrate and highlight the excellence of our local business community.”

The regional award nominees are:

The Australian Centre for Eating Disorders 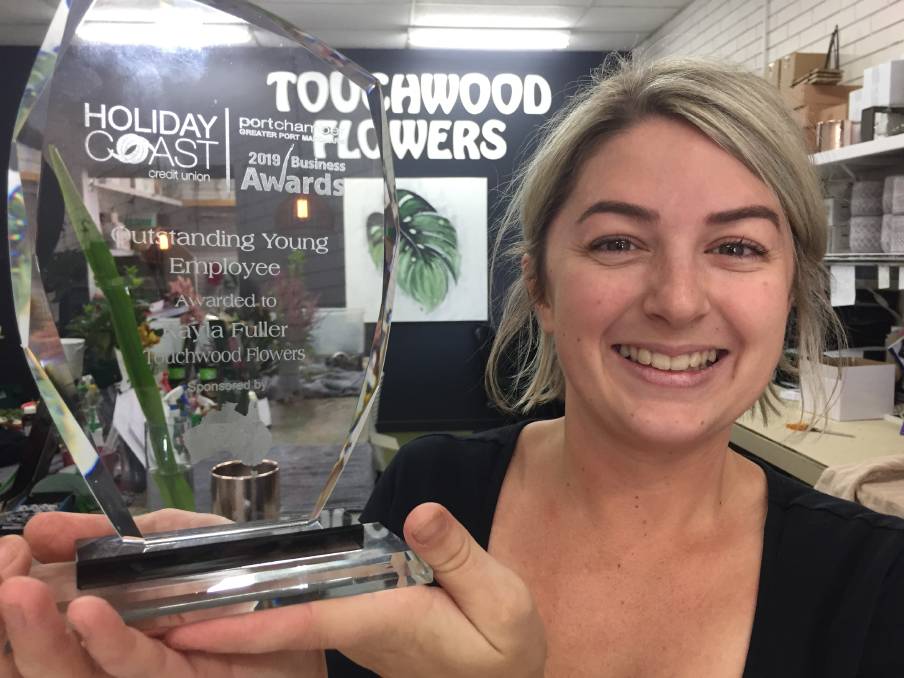